While in India from 1983 to 2006 Father served as an Assistant Priest and Parish Priest. He also held the following Offices: Director of SC, ST & BC Commission, Director of Kurnool Diocese Social Services, Chaplain for Cloistered Carmelite Nuns and Damien Leprosy Center, Diocese Senate Member and Diocese Council Member.

Father Jones came to the United States in 2006 and from 2006 to 2014 he was the Hospital Chaplain at Bishop McCarthy Nursing Home and South Jersey Regional Medical Center in Vinland, NJ. In 2014 he was transferred to the Diocese of Wilmington and was an Assistant Priest at Holy Cross Parish, Dover, DE. He was transferred to St. Jude The Apostle in Lewes DE in June, 2015 as the Associate Pastor. 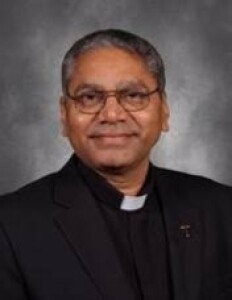